Your response in lending a “Helping Hand” to our workers and those they minister to around the world has been humbling. Here are some stories of how you are impacting lives during these difficult times.

We still need your help so please consider making a donation and adding more stories of love!

Coach Samuel became involved with Ambassadors Football through attending our annual coaching course, TREC. There Samuel learned about how he could be a father figure coach to his players and has been striving to be ever since. They look up to him for encouragement, support, and guidance. He even shared some of his food with his players. One of our staff members, Ricky, was able to follow up with Samuel after TREC and begin building a relationship with him.

Things began to change during this season of COVID. His home was destroyed by a private developer, which left him with no place to stay and with an inconsistent source of income. Samuel was left feeling alone and without hope. He was unable to support his players as he was experiencing personal low moments and could not provide food for them.
During this time, Ricky began to call Samuel to encourage him after seeing that this was a hard season for him. He saw the need for intentional, caring phone calls and was also able to provide Samuel with a food bag.

Samuel bought food for himself and shared with his players. Ricky’s phone calls became a huge source of encouragement for Samuel as they began checking in with each other and praying together. Now, Samuel is doing very well, as the food bag and calls from Ricky have provided true life for him. 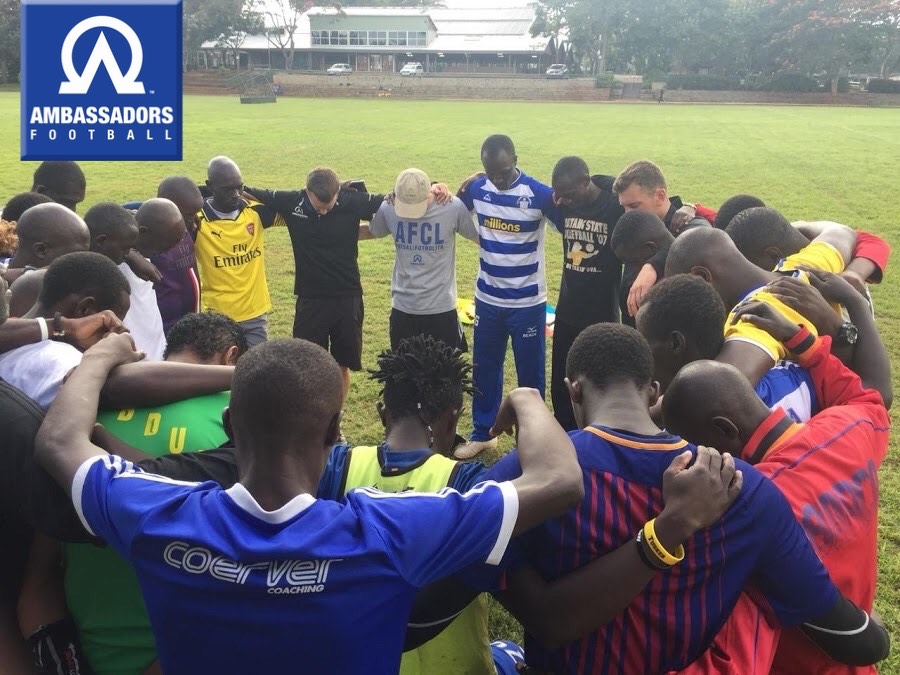 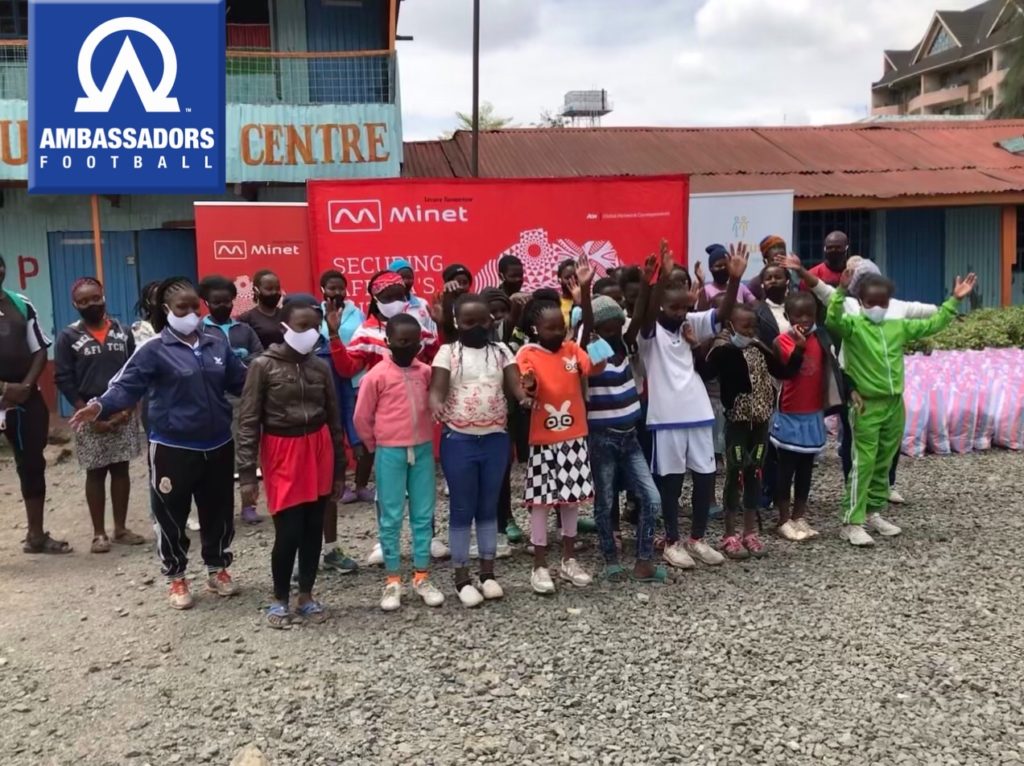 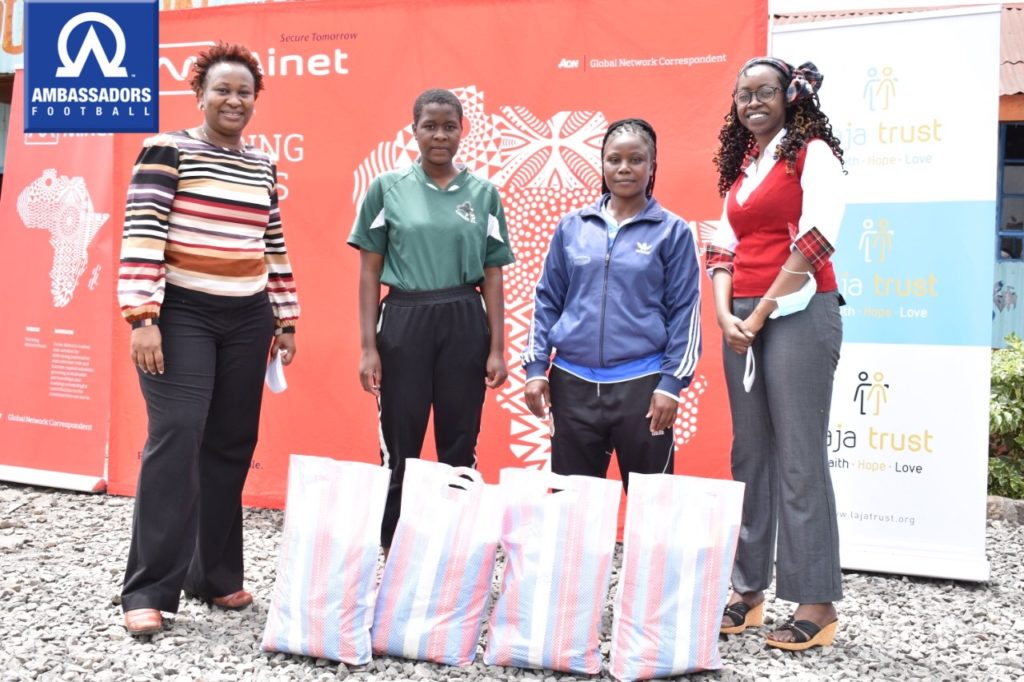 Over the holidays, Ambassadors Football runs girl’s football camps reaching out to approximately 70 girls from the Mukuru slum. Girls who come from this background face numerous challenges and in the course of camp week, we provide experienced role models who listen, speak hope into their lives and provide for some of their needs.

One of the major challenges that they face is the lack of sanitary pads. This need has only increased since the outbreak of the Coronavirus. With unemployment on the rise, their parents can’t afford to buy sanitary pads since their key priorities are getting a meal on the table and paying rent. Some of these girls only live with their fathers and find it hard to talk to them about this need. In notes written to us during the last camp, the girls said that they lack money to buy basic needs and sometimes opt to give in to sex from men who promise them money. This has unfortunately made many of these girls fail to accomplish their goals in life.

With the help of our partners Minet Insurance and Laja Trust, we met with 80 girls for the first time in six months! We had a great time catching up and encouraging them with the gospel. While there, we also gave them food bags and sanitary pads to sustain them for the coming weeks.
The girls were encouraged and full of joy. 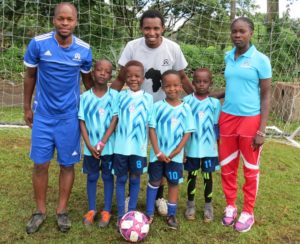 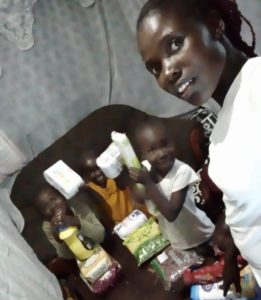 Coach Lydia works with the Ambassadors FC Club at I.C.C Imara coaching the Under 5 and Under 7 age categories. She also helps coach in schools that we reach out to during the week. She lives in the Mukuru slum and comes from a family of five. She does not have a father and her mother runs a business selling clothes in order to sustain the family.

Due to the recent outbreak of the Corona virus, her business has been struggling since many people are avoiding public spaces. Through your support we were able to get a food bag for Lydia’s family which was able to sustain them for two weeks.

The Ambassadors ministry in Kenya started the Extra Mile food bag project so that they can provide for and bring hope to coaches like Lydia and to those who are living in the uncertainty of not knowing where their next meal will come from. 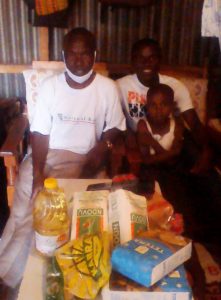 Stephen is a volunteer coach at our Rosslyn club and coaches the Under 13 boys team. He comes from a family of seven. He is among four of his siblings who live together in Ruaka with their father who works as a security guard during the night. His mother and younger sibling live in the rural area taking care of their farm. During the week, Stephen works in the Jua Kali sector but had to recently stop because of the Corona virus outbreak.

Stephen and his dad work together to support the entire family, but the household income has been reduced during this time making it difficult to sustain them all. We were able to get a food bag for Stephen’s family. He was grateful and full of joy and said the items in the bag lasted for 10 days.